Bamidbar: The Terminal Bachelorhood of Nadav and Avihu 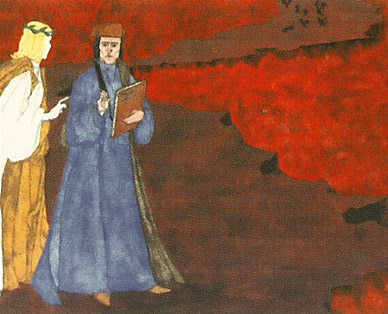 Bamidbar: The Terminal Bachelorhood of Nadav and Avihu

The census of the Leviim (Levites) begins with Aharon and his sons:

The question is: Why does the pasuk (verse) emphasize that Nadav and Avihu “had no children”? This information seems irrelevant in a census, the point of which is to count actual children rather than children-that-never-were.

The pshat (straightforward) answer given by most commentators is that the first half of the pasuk preemptively explains the end of the pasuk: “Elazar and Itamar ministered during the lifetime of Aharon, their father.” If Nadav and Avihu had sons, these sons would have inherited the prestigious positions of adjunct Kohanim Gedolim [1] (high priests) from their fathers. Since they didn’t have sons, these positions passed on to their brothers, Elazar and Itamar.

A different answer kind of answer is stated in the midrash: [2]

One who does not engage in [attempting to fulfill the mitzvah of] peru u’revu (“be fruitful and multiply”) is liable for death, as it is stated: “Nadav and Avihu died, and they did not have children” – [implying] that if they had children, they would not have died.

This midrash is aggadic (non-legal) rather than halachic (legal), and is clearly not intended to be taken literally. According to halacha, one who does not engage in peru u’revu is not actually liable for death. Furthermore, Nadav and Avihu didn’t die because they neglected peru u’revu, but because they “offered before Hashem a strange fire that He had not commanded them” (Vayikra 10:2). This is clear from the fact that each and every time the deaths of Nadav and Avihu are mentioned in Tanach, this is reason given for their death.

If so, the question is: What does this midrash mean when it says that if Nadav and Avihu had children, they wouldn’t have died?

This is to be understood in light of Taanis 4a, which says: “Yaakov Avinu didn’t die” because “his offspring are alive, and therefore, he is not considered to be dead,” and Bava Basra 116a which states: “Why does it say ‘lying down’ for David’s death but ‘death’ for Yoav? Because David left behind a son, like him, [whereas Yoav did not].” Here, too, the intent is that if [Nadav and Avihu] had sons, [these sons] would have served in their place … and if that had been the case, it wouldn’t have mentioned the deaths [of Nadav and Avihu because they would “live on” through their sons].

This explanation aims to connect the midrashic interpretation of our pasuk to the pshat explanation stated above. The “lives” of Nadav and Avihu were defined by their avodas Hashem (Divine service) in their position of adjunct Kohanim Gedolim. If they had sons, and their sons succeeded them in this role, then this “life” of theirs would not have ended.

However, there is a harsher midrashic [4] take on the causal relationship between the childlessness of Nadav and Avihu and their fate:

“and they had no children” – but if they did have children, they wouldn’t have died. Nadav and Avihu were aristocratic, [5] saying: “Our father is Kohen Gadol, our father’s brother is a king, our mother’s brother is a prince, and we are the two chiefs of the Kehunah (priesthood). Which woman is good enough for us?” and they withheld themselves and didn’t desire to marry any woman to fulfill peru u’revu. That sin caused them to die by fire.

An even more condemnatory version of this midrash [6] elaborates on their sin:

R’ Levi said: [Nadav and Avihu] were exceedingly aristocratic. They would say, “Which woman is good enough for us?” There were many lonely [7] women sitting and waiting for them, but they said: “Our father’s brother is a king, our father is a Kohen Gadol, our mother’s brother is a prince, and we are chiefs of the Kehunah. Which woman is good enough for us?”

These alternative midrashic accounts shed quite a different light on the notion that Nadav and Avihu died because “they had no children.” According to these midrashim, it wasn’t the transgression of abstaining from peru u’revu per se which made them liable. Rather, it was the aristocratic bearing which gave rise to this transgression and warranted this punishment.

The problem is that these midrashim make Nadav and Avihu out to seem like they had some real serious problems! Are we really to believe that these sons of Aharon ha’Kohen took such petty pride in their own status and in the status of their family members? Did they really think that no woman was good enough for them, knowing full well that Moshe and Aharon each got married, despite their greatness? Most astounding of all, are we really supposed to believe that Nadav and Avihu eagerly awaited the deaths of their beloved father and their illustrious uncle so that they could seize power to lord over the community? It is quite difficult to accept this portrait of Nadav and Avihu at face value. Remember that these are the individuals whom Hashem referred to as, “My close ones” (Vayikra 10:3) [9], and who were second only to Moshe and Aharon in their proximity to the divine glory at Sinai (see Shemos 24:1,9).

This stylistic device of magnifying the imperfections of tzadikim is frequently employed by the pesukim themselves in order to make it easier for us to learn from their flaws, which would otherwise be too subtle for us to appreciate. For example, the pesukim say: “Reuven went and slept with Bilhah, his father’s concubine” (Bereishis 35:22), “Samson went down to Timnath, and in Timnath he saw a woman of the daughters of the Philistines [and married her]” (Shoftim 14:1), “Shlomo built an alatar for Chemosh, the abomination of Moav, on the Mount facing Jerusalem, and for Molech, the abomination of the Children of Amon” (I Melachim 11:7). According to the traditional interpretations, none of these tzadikim committed the serious transgressions described in the pesukim. All of these narratives are exaggerations of transgressions or flaws which were much less severe, and which are blown out of proportion for rhetorical and didactic effect. And if the pesukim themselves are known to do that, then certainly the aggadic midrashim can be expected to follow suit.

I believe that the authors of these midrashim would acknowledge that Nadav and Avihu died because they “offered before Hashem a strange fire that He had not commanded them,” as the pesukim explicitly state. Having acknowledged that, the authors of these midrashim are theorizing about the personal shortcoming which led to this severe transgression. Based on the information provided in the pesukim, the authors of these midrashim maintain that Nadav and Avihu had an underlying sense of aristocratic pride in their roles as adjunct Kohanim Gedolim, which gave them the unconscious feeling of superiority, and derived incidental gratification from the power they held. In other words, these were not open faults in their character. If they were, the Torah would have been more explicit in divulging such information which would be critical in order to understand why they died. It is quite possible that this deep-seated streak of aristocratic pride didn’t manifest itself outwardly at all.

According to these midrashim, it was this underlying feeling of pride which led Nadav and Avihu to “make a halachic decision in the presence of Moshe, their teacher” [11] by offering the “strange fire” without being commanded. It was this unconscious aristocratic mentality that caused them to defer marriage and procreation on the pretext of not finding suitable wives. It was this idle musing about who might take over as the nation’s spiritual leaders after Moshe and Aharon died which arose in their imagination when they stood on the mountain and “saw the God of Israel” (Shemos 24:10) and which nearly prompted divine retribution, as it is stated: “against the great men of Israel He did not stretch out His hand” (Shemos 24:11).

How are we to understand their punishment? According to the pshat, they died by fire because they brought a “strange fire,” midah kneged midah (measure for measure). But perhaps according to these midrashim one can see a different level of midah kneged midah which corresponded to their underlying flaw. They unconsciously sought to supplant Moshe and Aharon in order to claim a permanent place in the eternal pantheon of the Israelite hierarchy, and they believed they were “too good” to perpetuate the human race. As a punishment, their lives were prematurely cut short, and because of their abstention from peru u’revu, they left no offspring through whom they could “live forever” in the sense that Yaakov and David “live forever” through their progeny.

There are two takeaway lessons for us: one in methodology and the other in human perfection. The lesson in methodology is that the authors of midrashim will expound on any textual clue, no matter how small, if there is some lesson that can be extrapolated from it, and when it looks like they’re making a mountain out of a molehill, they’re really just embellishing the presentation of their theory in order to make a subtle concept into a blatant part of the narrative.

The lesson in human perfection is that a misplaced sense of pride is an insidious thing which can plague even the greatest of men, often on account of their genuine greatness. Like a small crack in a large dam, this pride can grow and spread imperceptibly until it’s too late, and the entire edifice comes crumbling down.

[1] See Rabbeinu Moshe ben Nachman (Ramban / Nachmanides), Commentary on Sefer Bamidbar 3:4, who writes that Nadav and Avihu were anomalous among Kohanim in that they functioned in the capacity of Kohen Gadol similar to their father, whereas in all subsequent generations there would only be one Kohen Gadol at a time. I’m calling this the position of “adjunct Kohen Gadol.” According to this explanation, Elazar and Itamar inherited this unique designation of Kohen Gadol upon the deaths of their brothers, Nadav and Avihu.
[2] This midrash appears in a number of different texts with variations between them. Perhaps the most authentic version is the one that appears in Talmud Bavli: Yevamos 64a. I’ve chosen to use the version of that midrash as cited by the Torah Temimah, both because it is phrased in a more standalone manner, and because I subsequently reference the Torah Temimah’s commentary later.
[3] Ha’Rav Baruch ha’Levi Epstein, Torah Temimah on Bamidbar 3:4 footnote 1
[4] Midrash Aggadah (Buber), Sefer Bamidbar: Bamidbar 3
[5] The Hebrew term here is שחוצים, which Jastrow translates as: aristocratic, proud, vainglorious, pompous.
[6] Midrash Tanchuma (Warsaw) Sefer Vayikra: Acharei Mos 6
[7] עגונות, which can’t be understood in the usual halachic sense here – unless I’m missing something. The term literally means “deserted,” and since we’re talking about unmarried women here, I’ve translated it as “lonely.”
[8] Not a typo; just an unusual name: רבי מְנַחְמָה
[9] According to Rashi, at least.
[10] Talmud Bavli: Maseches Tamid 29a
[11] Talmud Bavli: Maseches Eruvin 63a